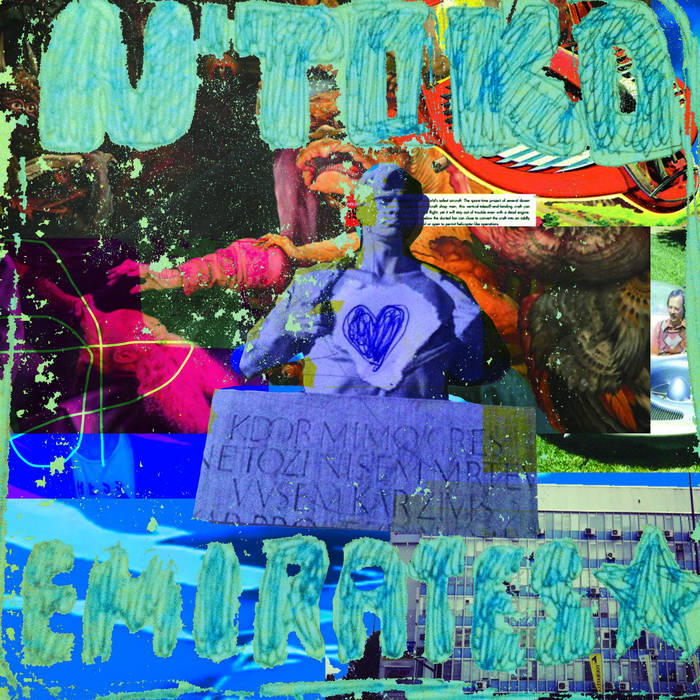 This album has been on my mind since 2015, when me and producer Blaž hit the studio and started recording different ideas. It basically started out with us jamming together on guitar, piano, bass and synths, putting together melodies and playing with effect pedals. With the help of drummer Simon Intihar, trombonist Žiga Murko and dj Borka, we compiled a number of instrumental sketches, which later became material for Blaž to cut up and arrange into one kind of banger or another. It took us endless hours of trial and error work to take the music where we wanted it to be, but I really feel the process was worth it. Blaž is a stunning musical talent and after years of doing everything by myself, it was amazing to see somebody else’s vision push things forward.

‘Emirates’ is the most political thing I’ve done in English so far, but instead of doing direct messaging, I looked for images of a future world, played with the idea of what a socialist utopia will look like and what kind of struggles could bring us there - a kind of postcards from the future thing… I wanted to deconstruct the monolithic industrial communism that we’re used to from pictures of cold war Eastern Europe. I’m much more interested in what society can become and what kind of individuals it will produce one day.

Anyway, I’m really happy to finally share the tracks and play some shows with new music. I’ll keep you posted on upcoming gigs, videos and other shit that’s on the way in the next weeks. And while we’re still living in a system where we need to sell our labour to eat, I encourage anybody who can to support our work by purchasing the record. Besides digital and cd, this will also be my very first vinyl release. Thanks for listening and hope you enjoy it!

If you’re in Slovenia and want to get a physical copy, hit me up on:
ntoko@ntoko.si

Bandcamp Daily  your guide to the world of Bandcamp

Interviews With Butcher Brown and Slauson Malone, plus LP of the week by SAULT.